Hunger Challenge 2009 - An Update and Prompted Thoughts on the Experience 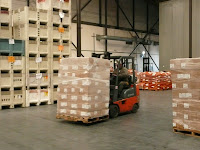 Below is an email from the San Francisco Food Bank to Hunger Challenge participants with my responses. I'm copying and pasting it below since I think it sums up the experiences of many of the bloggers who are participating. My responses are in red. You can read all my Hunger Challenge posts (including all the tips, tricks and recipes from last year) here. Watch Blog Appetit for the menus and recipes I used this year.

You're on the home stretch - congratulations!

Thanks to you, we've hit our Tyson goal! In fact, according to Google, there are more than 6,000 tweets with the Hunger Challenge hashtag (#HChal). And more than 2,500 people have clicked on Tyson's hunger facts page. (That means Bay area food banks will be receiving 100,000 pounds of frozen poultry and other foods from Tyson.)

So...the first truck arrives this Friday at 10 am!

SOME FOOD FOR THOUGHT & BLOGGING

--Last year Hunger Challengers could only spend $3 per day. How would that have affected what you were able to eat this week? How do you feel about that extra $1 per day food stamp benefit expiring next year? it has made an amazing difference especially in being able to work in more fruits and veggies

--Is it difficult to be around people who are eating food that you can’t have? What would that be like long-term? I felt resentful even knowing that was illogical. (fyi -- this is my third straight day of following the challenge. I can't even imagine what it would be like to have a long-term lifestyle like this)

--What if you could have visited a San Francisco Food Bank grocery pantry this week? Some items you might have gotten would be: a watermelon, two cans of beans, whole wheat bread, 5 nectarines, rice cereal, 12 small tomatoes, 8 pears, 2 bell peppers, 5 cabbages, 4 eggplants, 5 cucumbers, a bowlful of small potatoes, 6 chicken sausages. Some photos here: http://www.flickr.com/photos/41729107@N06/?saved=1Those foods would make a huge difference. I paid $1.49 for my one cabbage, 2 bell peppers were $1 (I didn't get them), the eggplants were 99 cents each (I passed). If I had the sausages I would have probably not bought the ground beef ($1.99)

--I've had a chance to check out some of your online recipes, which sound great! Some things to consider and blog about:

*If you used a number of herbs or spices, what would the initial cash outlay have been for someone to buy all those jars or bunches, even if a recipe only calls for a small amount? What would you have given up this week if you had to buy a jar of herbs or spices? What would it be like for someone on limited income trying to add the “punch” that a bountiful spice cabinet can bring to a dish? i've made suggestions last yr and refer back to them -- plan meals around just a few spice combos and change them up over time to create a spice collection -- buy sm amts at bulk when possible, some for spices in ethnic aisles and markets, look for them at 99 cent stores and grocery outlet, etc. Share spices with friends. Look for work horse spices (say Ital. seasoning) rather than special one-ofs

*What appliances do you have that make your recipes possible? Would a low-income person be able to buy the pots and pans or that food processor? (I think about this a lot as I whirr away on my Robot Coupe.) Last year all my recipes needed: 2 burners, microwave, lg fry pan, sauce pot, soup pot. You could make everything with that. This year I'm adding a toaster oven.

*Could you sustain this amount of prep and cooking time long-term (maybe you could, but I definitely can’t!)? What if you were working two jobs or were a single parent? No. That's why I made this year's menu simpler. In fact, I've been working so much that I had 2 unplanned deviations from my menu yesterday-- a quick peanut butter and jelly sandwich and 1/2 can of chili and some cheese. I stayed under budget, but it wasn't a "quality" or satisfying food day.

In addition to hunger pangs, I hope the Hunger Challenge has also brought you insights! I know it causes me to be grateful about the things I take for granted during the rest of the year.


Good luck with the next few days!